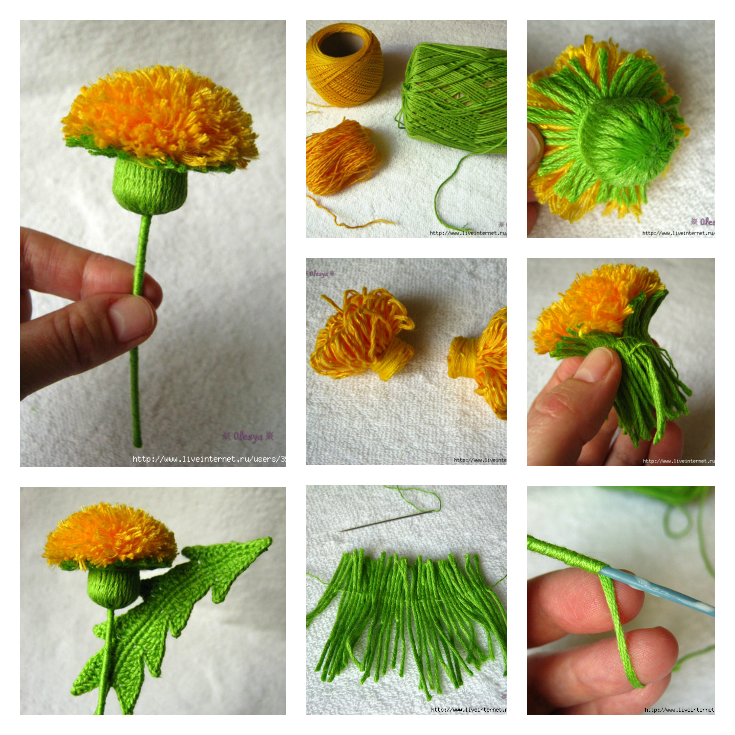 This dandelion pom pom tutorial was submitted to the Craft Life board recently - I loved it and managed to track down what I believe is the original tutorial on a community site - it's in Russian but the Google translation sounds like it's the original tutorial - I'm just a bit worried by the watermark that says Oleysa - I have tried reverse image search and searched oleysa but can't find anything. Please let me know if you do so I can quickly swap links over (anyone speak Russian?)

It'such a brilliant idea and I'm determined to have a go when  if I get a little time this weekend!

I have a lovely piece of trivia about the dandelion that I learned one morning when my daughter suddenly remembered her nature themed show and tell. 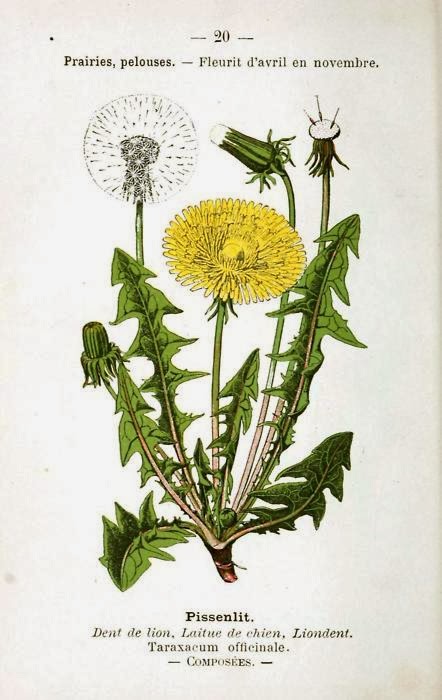 Dent de Lion - Taraxacum or Dandelion or pissenlit (french for piss the bed) as they say it makes you wet the bed!?

I vaguely recalled there being some reason why a dandelion got it's name so convinced her it was a good show and tell - it's from the french Dent de Lion which means teeth of a lion - so not dandy because it's bright and yellow at all.  Say Dent de Lion over and over in a french accent, I can't see one now without coming over with a dodgy french accent! It's because the edges of the leaf look like lions teeth - and they really do! (if you have a cat take a look!) 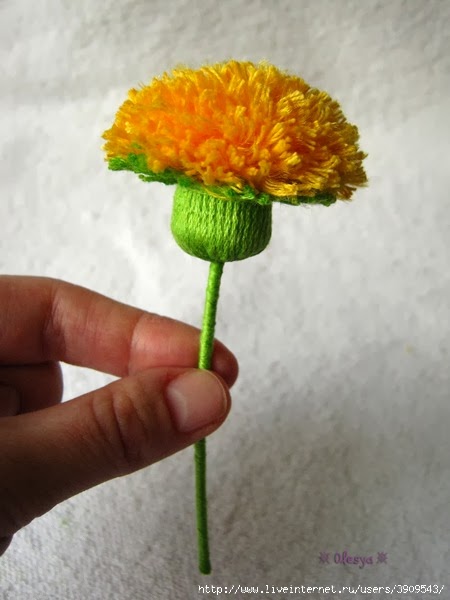 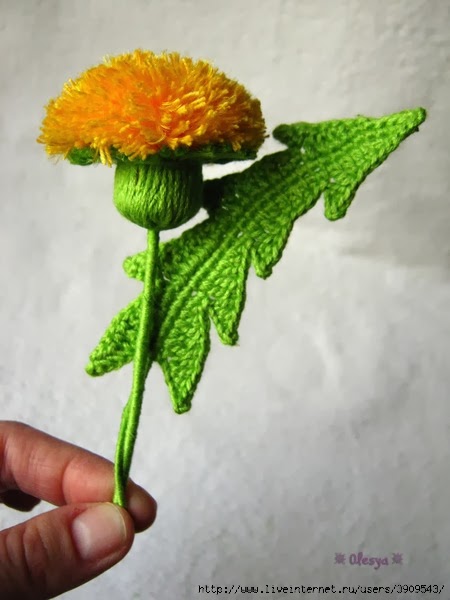 There's a diagram to crochet the leaf...  might be a bit much for my crochet skills to translate, I'm still mastering granny squares - find the tutorial plus more pictures here