Keep Wales Tidy - bring a bin bag on your walk! 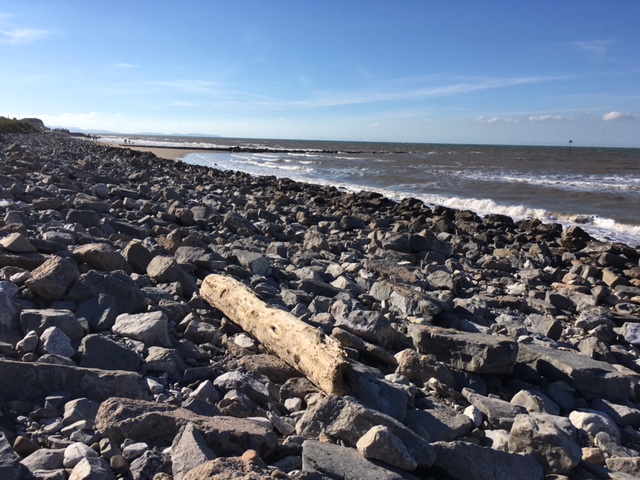 Yesterday my 10-year-old son asked if we could do a litter pick/beach tidy on our dog walk. I've always wanted to join in with an organised event, but never managed to.

So instead we did a beach clean on our own, gloves and a bin bag the only ingredients needed! 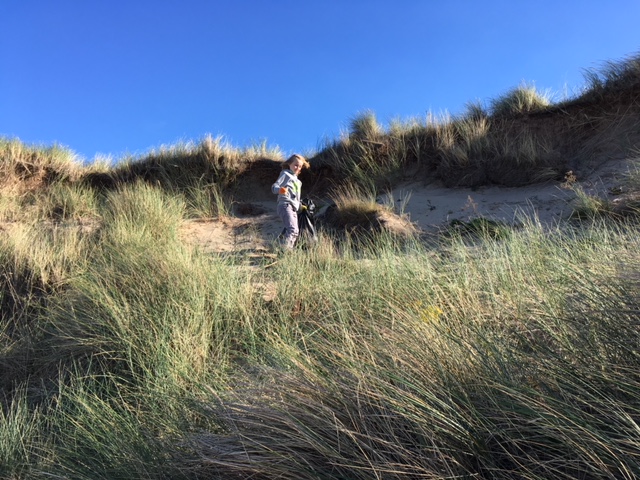 This is a particularly lovely dune, we found lots of cans and bottles here. Not even alcoholic ones, so you can't even blame people just drunk (and thoughtless due to incapacity!) - it's just people not caring and leaving their rubbish. 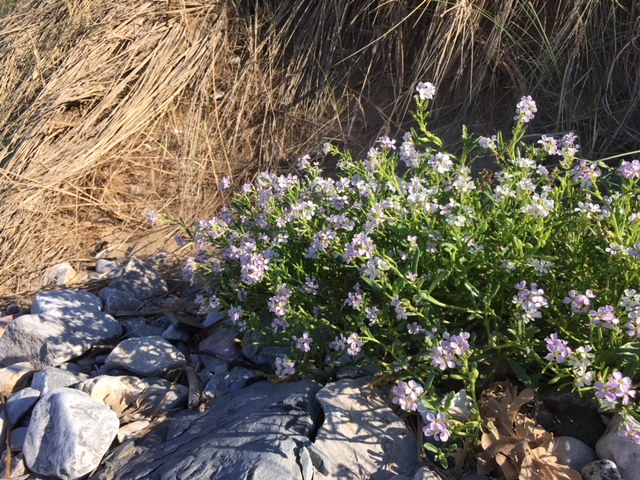 Lovely plants and flowers on the coast (will google what this is - anyone know?) if it wasn’t for holding a bag of rubbish in one hand and a manic terrier on a lead in the other I may have got some better pics - especially of all the lovely sea-holly. All these pics were taken one handed on my phone, so forgive the blur. 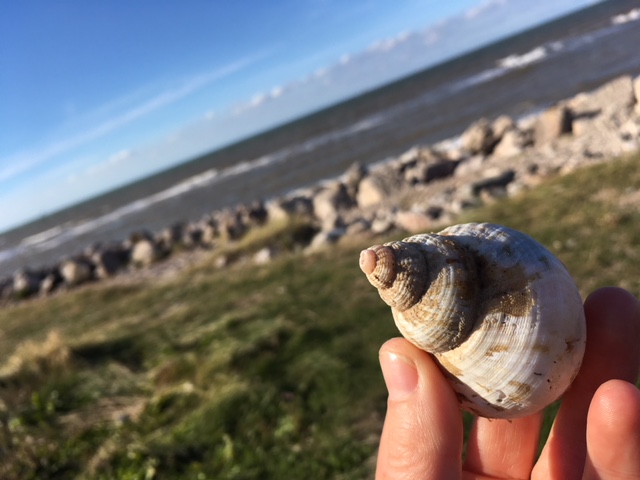 Gorgeous shells! This is what I’d rather be picking up. Although treasure hunting plastic was actually quite fun / eye opening - the more you look, the more you see - especially bottle top lids and straws. 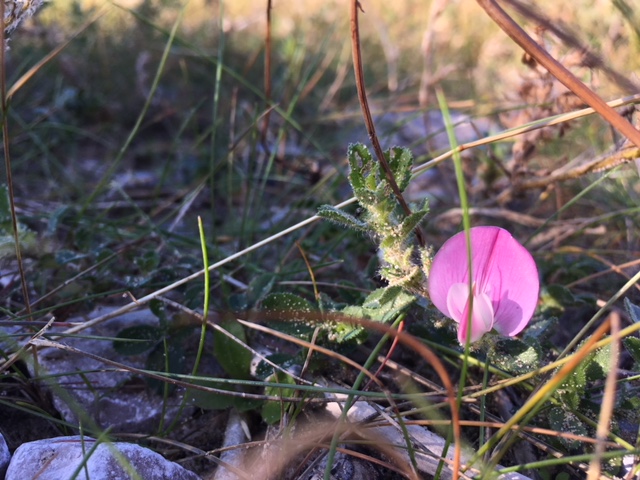 Another little gem of a flower, it’s so tiny, I just spotted one. (what is it? - let me know?) 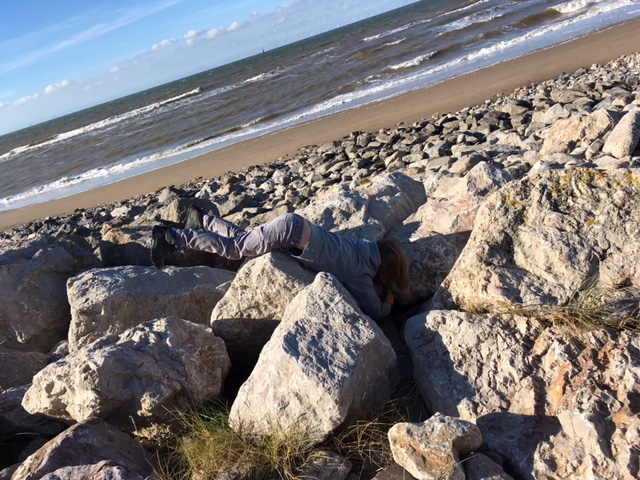 He's pretty well camouflaged but you can just see him disappearing into the rocks after a crisp packet he’d spied!

"Marine litter poses a growing threat to our aquatic and coastal environment. Up to 12.7 million tonnes of plastic enters thye world’s oceans every year, equivalent to dumping one bin lorry of plastic per minute into the world’s oceans.” From Keep Wales Tidy website 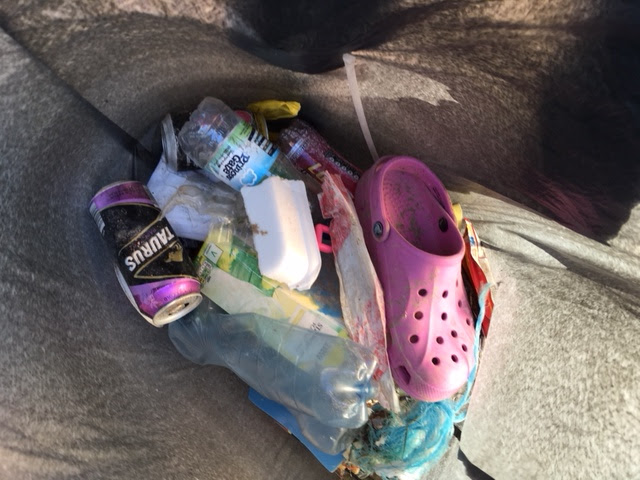 Half way through, bear in mind there had been a big organised litter pick on this beach 2 weeks ago and yet still we had got all this after just 20 minutes! 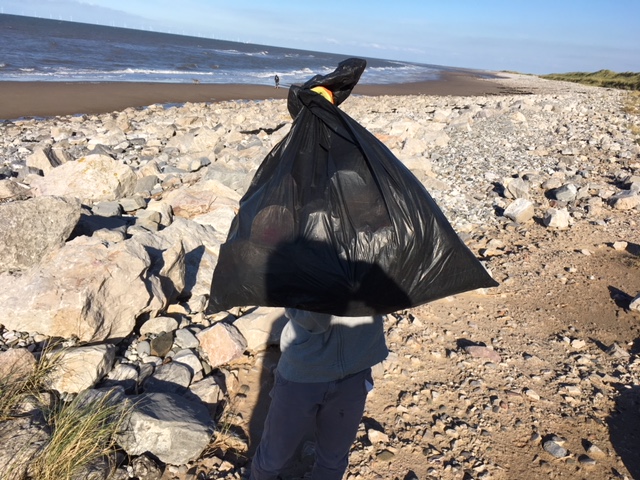 If everyone took a bin bag with them to the beach even just once a month on their dog walk or Sunday stroll, we’d definitely start making a dent - or even just to make our beaches even more beautiful to visit. I just hate to see rubbish.

I also felt that the people who saw us on the beach (it was pretty clear what we were doing) might tell someone else that they saw us tidying the beach...  hopefully we might inspire someone else to bring a bin bag!