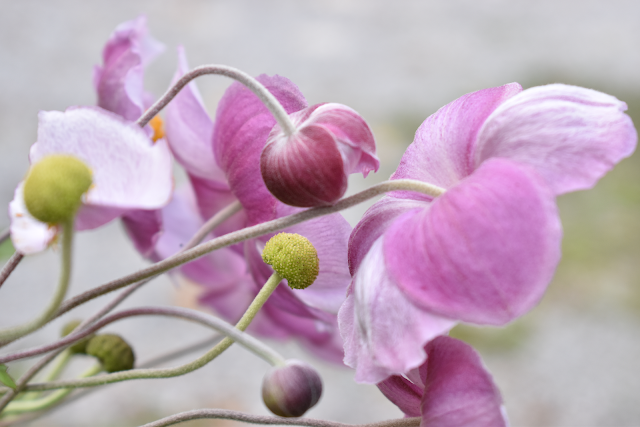 As you can see from the picture above, this pretty flower looks good in bud, in flower and the seed head looks great too and the best thing is that it flowers from August through to late Autumn. It's a very welcome sight when you're feeling a little depressed about the end of summer and also looks great in flower arrangements. It comes from the family Ranunculaceae (aka the buttercup family)

The variety of Japanese Anemone I have in my garden is 'Hadspen Abundance', pretty pink flowers, with some petals darker than others. It's hard to take a bad photograph of these stunning flowers.

They actually come from China not Japan!

"Robert Fortune (1812-1880) introduced it into Europe in 1844, having apparently discovered it running between the tombstones in a Shanghai graveyard. It was one of several long-lived, ethereal plants used to commemorate the dead" - Telegraph Gardening 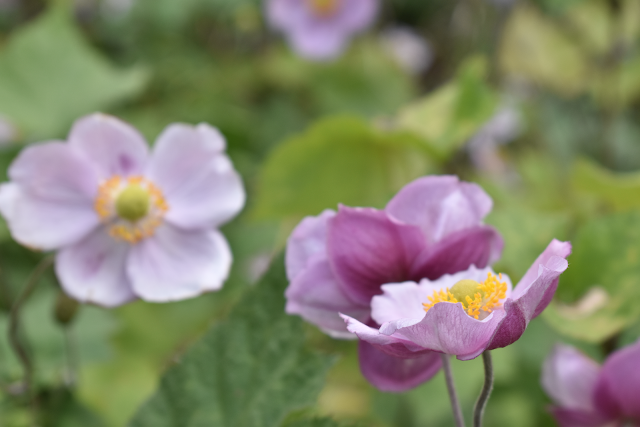 The autumn after we first moved into our house I visited relations in Devon and we went to RHS Rosemoor gardens, I was struck by how beautiful the Japanese anemones were having not seen them before. I was delighted when I got home a few days later and realised we had this huge clump in our front garden that I hadn't noticed until they had come into flower. 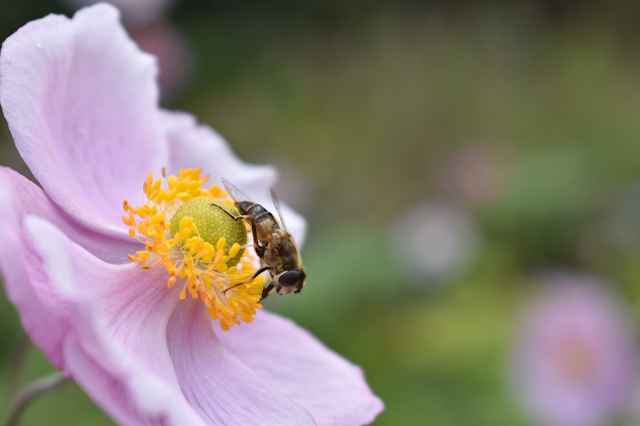 Pollinators absolutely love the flowers, so a perfect plant to add to your garden to ensure they have lots to eat at the end of the season. 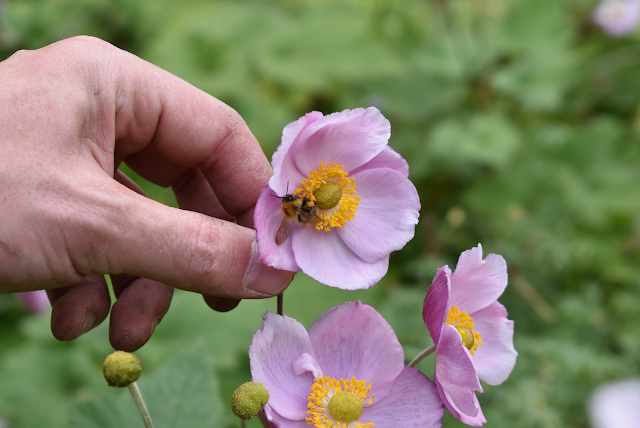 At some point I'll need to divide the plant up as it's covering quite a large spot in the front garden. The roots send out suckers and the plant propogates itself, so it will just keep spreading. 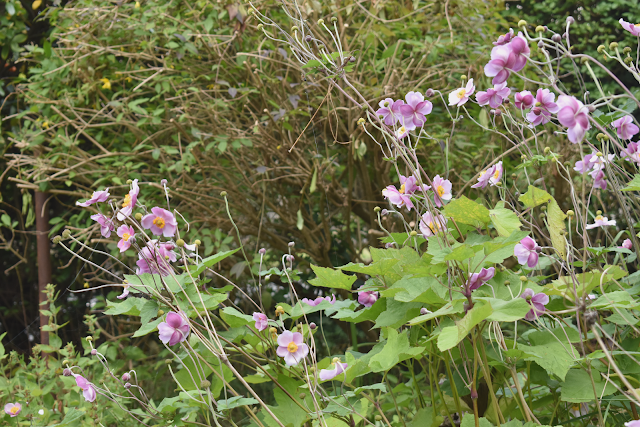 Having done a little research it's best to divide Japanese Anemones in early spring when the new growth is just emerging. I have big plans for the borders in the front garden  so this will be perfect timing and hopefully I can find a new home for a few of these beauties.
Anemone Anemone hupehensis garden photography plant directory
@craftbloggrow
Follow @CraftBlogGrow
Tweets by CraftBlogGrow

How to make a little zip up purse - a really easy tutorial.

This cute little fabric coin purse makes an ideal gift or stocking filler, especially for a little girl to keep pocket money, hair clips or any other little treasures inside. It's very simple to sew up too, and makes an ideal sewing project for a beginner.  Scroll through the pics - the mini coin purse tutorial is at the end. 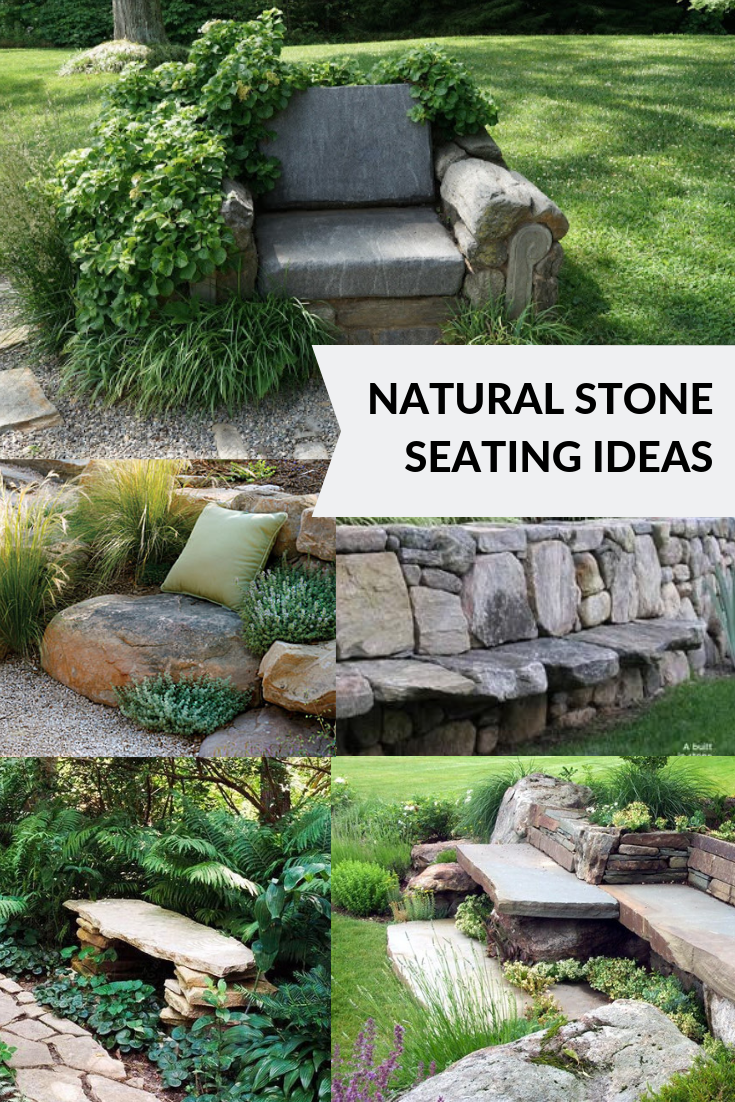 Natural stone garden seating ideas Adding natural stone seating to your garden can look wonderful and keep your garden space looking beautifully natural. The beauty of stone is that it will never rot, you just need to manage the moss and the foliage surrounding it. You can update it in the summer with new cushion covers and in the winter it will go back to being a part of the environment, the more subtle the better in my opinion.

In my mother's garden, we had a huge bench made from a big slab of rock which has over the years been covered by foliage then uncovered on a cyclical basis. There's a fun story about how it got moved into its final position too, involving a lot of help as you can imagine.  It always looks a little nude when it's had a chop back - I'll add a photo of the bench to this post once I've trawled back through my photos to find one... 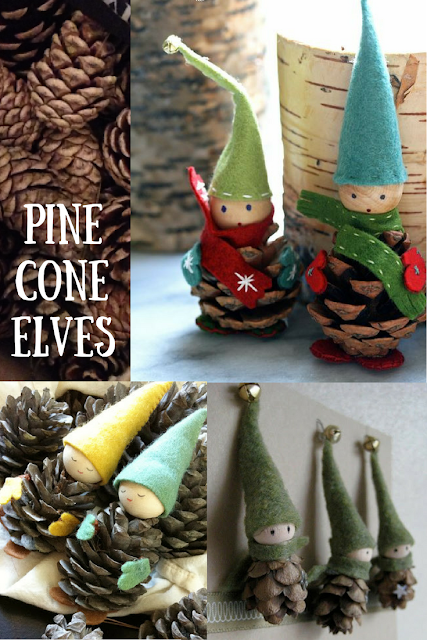 Pine Cone Elves Really nice Christmas tree decorations can be expensive, but they don't need to be if you make a few of them yourself.

I love pine cones, they make brilliant firelighters, they're free if you live near a pine tree, they even tell you whether it's going to rain or not (I can't quite remember how they do that though?)  These little Pine Cone Elves are such a fab idea and they'll cost you a little felt and a bag of wooden balls - a couple of quid for around 50 little wooden balls!


I also use pine cones as they are, they make handy clips to keep the Christmas tree wires tucked in on my tree.


I have pinecones all around the house at Christmas, in bowls with baubles and pretty much just scatter them around so my house feels a bit more Narnia!
Pine Cone Elves

Pine cone elves... so simple to make! These are by Kaniko on Etsy